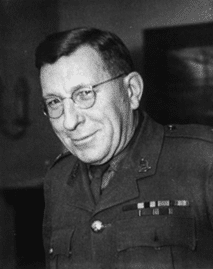 Frederick Banting was a Canadian medical scientist, physician, war hero and artist who, with his ´discovery team ́ colleagues, Charles Best, Bertram Collip and John Macleod, discovered how to isolate and extract insulin to treat diabetes in humans.

The discovery of the extract at the University of Toronto, Canada in late 1921, was seen as a miracle, with the potential to save millions of lives. In 1923, Banting, along with John Macleod, who had helped to get funding for the research, was awarded the Nobel Prize in Medicine and Physiology. They shared their prize with Best and Collip respectively. Banting, the first Canadian Nobel Laureate, was the youngest ever recipient of the Nobel Prize in Medicine and Physiology and that remains true to this day.  King George V knighted Banting in 1934.

The University of Toronto Library has a website devoted to the discovery and early development of insulin. It provides a detailed account of how the persistence and hard work of “Sir Frederick” and Best paid off when they were able to demonstrate how a pancreatic extract caused a dramatic reduction in blood sugar levels. By January 1922, they were able to successfully administer purified extract to the first human patient, Leonard Thompson.  Later that year, the research entered clinical testing phase following an agreement with Eli Lilly & Company to distribute insulin on a larger scale.

World Diabetes Day is celebrated on 14th November every year to honor Banting´s contribution.  He was born on that day in 1891 in Alliston, Ontario. The theme for the World Diabetes Day 2019 is Family and Diabetes. The goal is to raise awareness of the impact that diabetes has on the family, to acknowledge the support network of those affected, and to promote the role of the family in the management, care, prevention and education of diabetes.

SFBLF now offers 18 extensive programs to fight diabetes with the primary focus on disease prevention and disease self-management through education, process innovation and sustained youth-focused support. The emphasis is on reducing the risks of youth-onset Type 2 diabetes and diabetes-related complications in both Type 1 and Type 2 diabetes, and also to help to mitigate the in-school challenges faced by youth living with diabetes. SFBLF, in collaboration with medical colleagues in Canada, the US and Australia, has developed the ‘Type 2 Diabetes Risk Self Assessment Questionnaire for Youth and Young Adults’ to help those age 8–18 to raise awareness of the risks of diabetes, prompt consideration of early screening, and provide basic information regarding protective steps to protect oneself.

In a future blog, we intend to share more details about the SFBLF’s wonderful work to support youth and their families with diabetes management and prevention.